WILLIE J. ALLEN JR., | Times.OT_308790_ALLE_MJmemorial.(07/07/09 Tampa) Melanie Jean, 31 has dressed up like Michael Jackson for over ten years in the Los Angeles area. Jean was quite gentle with the children and took extra time to holds hands and take a photos with the children even though Los Angeles police officers were asking the crowd to disperse outside the Staples Center during the Michael Jackson memorial show to pay tribute to the King of Pop on Tuesday morning July 7, 2009 in Los Angeles. Jackson 50 died suddenly at UCLA Medical Center after going into cardiac arrest at the home he rented on June 25 in Los Angeles, California.[WILLIE J. ALLEN JR.,]. 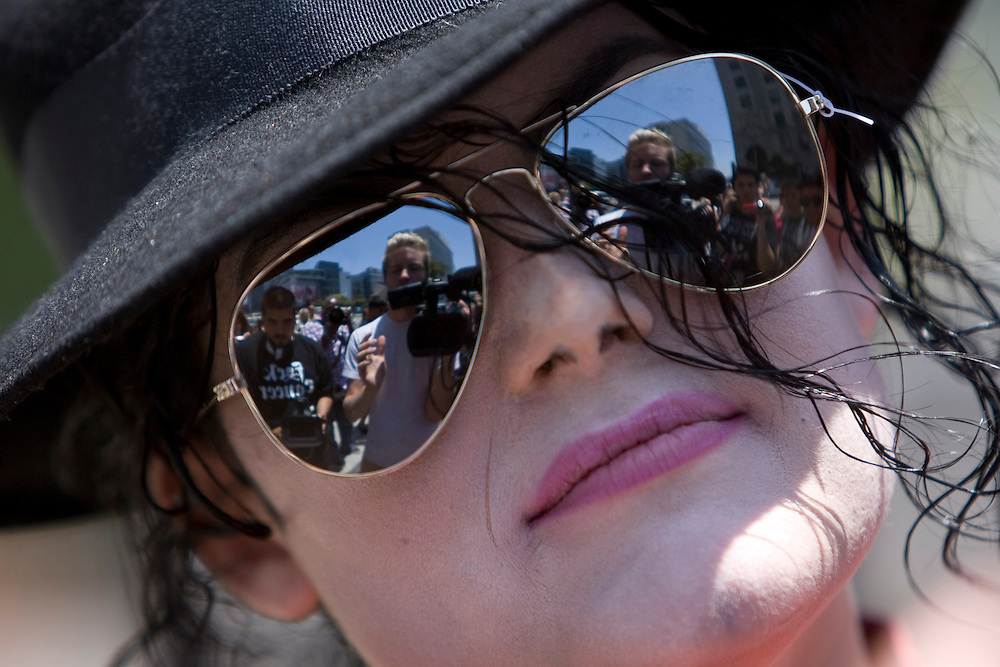